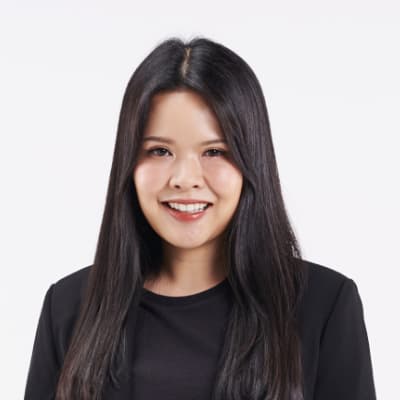 Yui has grown up in a household where all women are in supportive yet critical roles as a crucial pillar of the family. That experience has grounded her belief that empowered women can play a significant leadership role to support and build other leaders too. She always believes that women can do bigger things and develop a deep sense of purpose to empower everybody, help unleash their highest leadership potential, and scale their impact.

In 2012 Yui Co-founded Disrupt with Krating Poonpol to build a startup ecosystem, with an intention to play a supportive role to her life partner. However, in 2018, Yui had to step up to become the face and the sole leader of Disrupt. Despite the initial challenges and doubts, she finally found her true superpower as a female leader.

Drawing from her educational background as a Thai traditional medicine doctor and her caring and empathetic nature, Yui stepped up to lead Disrupt in her own way.  She believes in leading with empathy and empowers the team to reach their best potential.  As a Managing Director, she co-founded StormBreaker Venture as the first Education Technology Accelerator in Thailand. She has also deepened her passion for education through her work with the Equitable Education Fund (EEF) to incubate social entrepreneurs to tackle education inequality. Yui’s energy and motivation comes from the realization that she can tangibly impact hundreds of thousands of people through entrepreneurship, education, and innovation, and she constantly inspires and energizes her team and startup founders with those beliefs. As she leads Disrupt to the next stage of growth, she is determined to serve as a mentor, a guide, and inspiration for potential female leaders of Thailand.

Yui's next big goal is to expand the impact that Disrupt has already created. Currently, Disrupt has builded hundreds of corporate innovators as well as invested in and incubated 17 Edtech startups and other education social ventures. Next, Yui envisioned Disrupt to expand impact to other areas, especially in health, wellbeing, and holistic human development. Yui strongly believes that good physical, mental, and spiritual health is key to sustainably unleash people's potential, and that everyone can create a positive impact to the society in their own ways. Starting with the Disrupt team and the startups in her portfolios, she is determined to be the motivating force for all leaders to take care of their bodies, mind, and spirits and those of others around them.